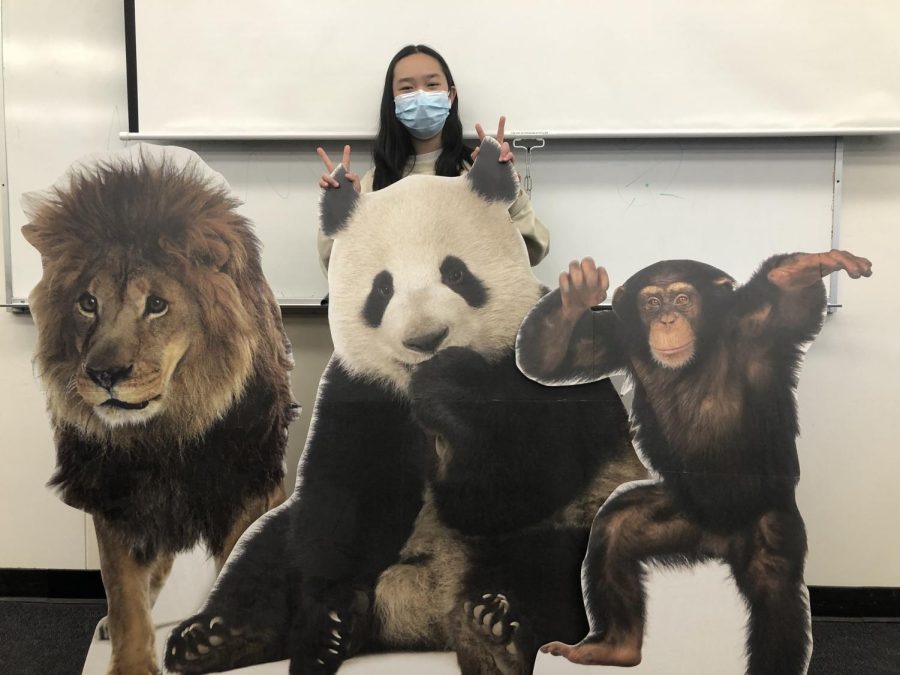 Everyone has heard of ASB, with their flashy posters at school events and “amazing” organization skills. They even have a special sign on their office door dedicated to them, essentially trying to convince the student body that ASB is indeed “cool.” However, ASB is not the only group on campus with a room dedicated for them to work in. In fact, the Wolfpacket, the best student news source on campus, also has a room dedicated to their success (excluding the computer science class which also makes use of the room). Which room does the mighty Wolfpacket reside in? It is none other than the best room in the 100s quad, room 104.

The room is located near where the usual filming and theater electives are; however, those rooms cannot compare to the level of Wolfpacket’s. I was invited to look around in the Wolfpacket room to see just how the entire staff operates and what goes into the incredible issues they put out each month. At first glance, there was an amazing array of posters on the wall, a very large amount of computers, and whiteboards filled with drawings that could be comparable to that of Vincent Van Gogh’s.

A strange-looking chimpanzee, almost three feet tall, greeted me at the door and started showing off every aspect of the room. After a few minutes of introductions, I found out that he went by the name of Jerome and was the Wolfpacket mascot. There were also many other animals present in the room such as a panda, a tiger, and some other friends of Jerome’s. Granted, the tour was led by an eccentric monkey, so while I tried my best to be factual some of the following information may be misleading. The “experience” was over 30 minutes long with 10-minute snack breaks which consisted of Jerome stealing bananas from people’s lunchboxes.

Aside from the “amazing” variety of food choices they had, the major factor that stood out was the staff. Around campus, CHS knows all about ASB president Kareen Holstrom or the Wolfcast hosts’ Mercer and Viraj, but what about the two amazing EICs in the Wolfpacket? They too deserve recognition for being able to edit and finalize all the articles that get put on the official website and in the physical copy that gets handed out at lunch. They also manage Jerome’s complex diet.

Eventually, the room was full of chaos with Jerome being chased by many frantic reporters who just wanted to have their lunches back. The 22 students in class casually doing their work, writing articles, and editing pages were all very confused and angered at this situation. During the process of Jerome’s outburst, an article had accidentally got deleted due to a reporter trying to run away. Needless to say, it did not take long for us to be kicked out of the room and unfortunately, the tour had to continue outside.

“The best part about this room has got to be the snack closet,” Jerome said. “I don’t know what it is about it but every time I go into the room I have to open the snack closet first. We have sodas that may or may not be expired but they still taste great.”

Of course, I myself wanted to embrace the culture of being in the Wolfpacket room so I decided to drink the Pepsi in the closet. Needless to say, it was not the greatest decision. The Pepsi was incredibly flat from being in the closet for such a long time and it was quite tasteless.

After completing the tour and strengthening my relationship with Jerome, I objectively rank the Wolfpacket room a ten out of ten because it is not everyday you get to see the entire animal kingdom giving you a tour of the best classroom on campus. If you ever get the chance to visit room 104 on a lunch break, it is highly recommended. Although, avoid a chimpanzee named Jerome giving out expired sodas and possibly 2-year-old coffee and hot chocolate packets.