Wellness and the outdoors: spend some time with “yo’ mamma” Nature 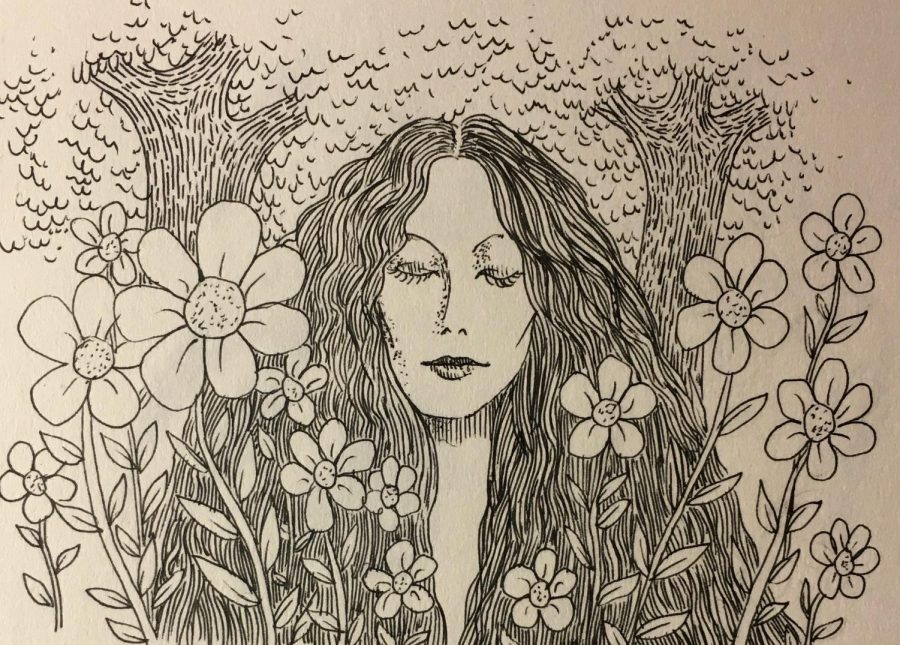 After finishing their homework for the day, a student grabs a pair of shoes and steps outside to go for a walk. Perhaps it is the absence of their homework load, the exposure to the elements, or the perception of a world widening beyond their Canvas page which changes their attitude. In any case, the blithe, timeless winds dancing in their hair seem to give the student a cheerful disposition. The outdoors is rejuvenating, simulating, and also relaxing, yet not everyone has the privilege of having access to nature and the time to go outside. In Claremont, where citizens enjoy tree-lined streets and mountain trails, the innumerable benefits of being active in the outdoors should not be neglected; rather, the outdoors should be enjoyed to the fullest extent. Drawing from personal experiences and from recent psychological studies, the convictions of 19th-century transcendentalist Henry David Thoreau — or as my English teacher fondly refers to him, “my man HDT” — about the physiological and cognitive benefits of nature are infallible.

“I believe that there is a subtle magnetism in Nature, which, if we unconsciously yield to it, will direct us aright,” Thoreau writes in his essay “Walking.”

Indeed, Dr. Eileen Merritt echoes Thoreau’s 150-year-old theories in summarizing the body of research on the topic, which has found that nature is “inherently fascinating, powerfully drawing our attention; the extent of a natural environment is rich and multi faceted, with layers of dimension not often found in built environments; being outdoors gives people a feeling of being away from stressful routines of school or work; and, for many people, the natural world feels more compatible than built environments.”

During the pandemic (and before it), I have felt the pull of nature, of the mountains and foothills above Claremont, and I have been lucky to be able to respond to that pull by running, biking, and hiking on the streets and in the wilderness. Much like Thoreau, “I think that I cannot preserve my health and spirits unless I spend” time outside on a regular basis. Moreover, I am unsure of whether or not I would have been able to survive the pandemic had I not the habit of exercising regularly outside: survive not in the sense of avoiding infection from COVID-19 but in the sense that the quality of my life would have greatly diminished had I made my workspace a hermitage, like those “sitting with crossed legs, so many of them, — as if the legs were made to sit upon, and not to stand or walk upon.”

Astoundingly, or perhaps not so, these cross-legged people who spend no time outside represented 51% of the American population as of the year 2000; considering previous trends and using logic, this number must only have increased before last March. After the pandemic struck, it must have skyrocketed. More than half of the American populace is therefore deprived of nature (aside from limited movements from one artificial environment to another).

According to IB Psychology teacher Natalie Sieg, people deprived of nature are deprived of a basic human necessity. Sieg reasons that a shelter is a need, citing Maslow’s Hierarchy of Needs, and that the very word “shelter” implies that one does not remain inside the shelter for the whole day. Rather, they go about in nature, or in the environs of the shelter, in the daytime. Thus, exposure to the outdoors is a need which results from the inherent characteristics of a “shelter.” Sieg’s knowledge of the psychology of nature and mental health belies the fact that nature is beneficial physiologically, psychologically, and in ways described by many other science-y adverbs.

“Clearly, mental health is a bio-psychosocial issue: it’s multifaceted,” Sieg said. “But biologically speaking, your mental health can decline very quickly if you’re not getting the right amounts of exposure to things like sunlight.”

Sieg hypothesizes that alterations in students’ exposure to Vitamin D could be a factor contributing to the changes in their sleep patterns during the pandemic. Vitamin D and sunlight have been shown to affect the body’s secretion of melatonin, the sleep hormone. Therefore, Sieg infers that exposure to high amounts of artificial light paired with a lack of natural light at certain times of day has caused teens’ sleep schedules to become even more erratic during the pandemic than in normal times. A solution to this disturbance in sleep patterns, Sieg proposes, is to expose oneself to sunlight in the morning so as to signal to the body the time of day, causing it to adopt a more reasonable circadian rhythm.
In addition to simply being a necessity, exposure to the outdoors has been shown to be “a natural antidote for attention fatigue” — a nature’s adderall or ADHD medicine, one might say. Even being near vegetation while inside has been shown to increase students’ attention to schoolwork and decrease levels of stress, according to the same article.

Whether it be concrete physiological benefits or abstract cognitive and psychological benefits, the outdoors beckons everyone, especially during this pandemic, to help themselves to their share of its immeasurable and unquantifiable bounty. After all, just as man reacts on climate, “climate does thus react on man, — as there is something in the mountain-air that feeds the spirit; and inspires. Will not man grow to greater perfection intellectually as well as physically under these influences?” Thoreau writes. So, the world must nurture nature, reciprocating nature’s nurturing of humanity. And rather than spectate this play with words, close this tab, reader, and take a stroll with “yo’ momma” (everyone’s “mother”) nature.

(Yes, this article writes of “yo’ momma,” in an anti-yo’-mamma-joke manner.)