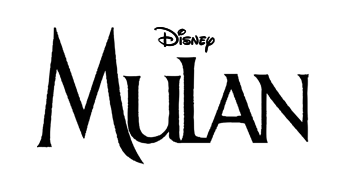 From boycotts to bad reviews, Disney’s live-action “Mulan” failed to bring honor to her original legend. In the long-overdue adaptation of “Mulan,” the story premise is relatively similar to that of the 1998 animated film. The two share the essential story beats of Mulan taking her ailing father’s place in war in disguise as a man, saving the emperor from villains, and returning home with honor and her newly found identity. However, the newest “Mulan,” struggles to define itself beyond what it has taken away from the original.

With a star-packed fully Asian cast and massive production budget at a whopping $200 million, “Mulan,” was destined for greatness. Unfortunately, the lazy writing and targeted Chinese market appeal took away the film’s potential to create a unique voice for itself.

When the trailer was released, many fans of the original were displeased to see that some favorite characters were excluded from the film. However, every decision has a reason behind it. An issue that was prevalent in the original animation was Mushu’s character. In Chinese culture, the dragon is a sign of respect, strength, and power; whereas Mushu was a silly sidekick who was always getting into trouble. Mushu’s representation as a comedic relief did not agree well with the traditional Chinese audience. It is important to be understanding and respectful towards the historical context of the cultural topic in question to appropriately represent a culture. Otherwise, it could be the difference between the celebrating and stereotyping of a culture.

While audiences were also displeased with Li Shang’s removal, his absence also had a purpose. Shang’s character was not in the original ballad, and with respect for the #metoo movement, it was decided that his role as Mulan’s superior and lover would be inappropriate. Many expressed their disagreements on social media explaining how Shang was not considered a love interest until the ending of the film. By excluding Shang’s character, Disney also missed the opportunity to represent the LGBTQ+ community as well. His character was split into two new characters, Mulan’s commander and her comrade, both who were less developed and meaningful.
Mushu and Li Shang’s noticeable absences were substituted with a magical phoenix and dark sorceress which did not align with the writers’ attempt at a realistic script in correlation to the original ballad. Although the phoenix guided and supported Mulan in the important parts of her journey, it was not necessary. The witch’s character was used to parallel Mulan’s inner turmoils, but her connection to Mulan was not fully fleshed out. Her character was not given enough time to showcase her own qualities and character traits. These new characters’ purposes were, as Li Shang sang in the original, “mysterious as the dark side of the moon.”

The two characters’ absence was not the only controversy surrounding the movie. Fans recognized some troubling information within the credits: Disney had thanked eight government bodies in Xinjiang, a western province in China where about two million Uighur Muslims have been forced into concentration camps by the Chinese government. “Mulan” was filmed in Xinjiang two years ago, well after the world knew about Beijing’s plan to “reeducate” the Uighurs. Disney’s poor handling of Chinese culture is shocking, as there is no excuse for the executives to have been unaware of the human rights abuses taking place just miles from the filming sites. Another crushing reality was that “Mulan’s” lead actress, Liu Yifei, had used her social platform to speak against freedom and support Hong Kong’s law enforcement over pro-democracy protesters. Her actions sparked the #BoycottMulan social media movement, but overall, did not affect the profits of the movie.

On top of these controversies, “Mulan” alone failed to live up to the anticipation that had been built up since the movie’s announcement. While the movie’s budget was well-spent creating brilliant shots and captivating action scenes, less detail was put towards the writing and storytelling. A consistent issue throughout the movie was that the plot was heavily flooded with awkwardly placed and blunt lessons that were taught through situations that lacked any suspense or consequences. With any problem that Mulan faced, it was quickly overcome without any inner turmoil or conflict. Even during the downfall of her character arc she quickly recovered with little repercussions at all. The writers behind this project focused too much on including themes such as feminism and loyalty, but forgot to consider elements of a good story in the process. While it is great to see these types of lessons incorporated into a Disney movie, without any suspense, there is less anticipation and emotion sparked from audiences, giving those lessons less value.

“Mulan’s” lack of intensity stems from the new concept of “chi” where Mulan automatically has incredible physical abilities from the beginning. Giving Mulan such great abilities from the beginning made the rest of her character development and arc less meaningful. While most of Mulan’s conflicts are internal, as she struggles with embracing her power and abilities as a woman, the rest of the plot is predictable and less enticing.

Overall, Mulan’s story was lacking in emotion, as she failed to create any deep and profound relationships with any other character in the story. All of her relationships with secondary characters were underdeveloped and forced. Any interactions that she had were only used to forcefully advance the plot or to break up scenes. Her conversations were awkwardly placed and not well transitioned, drawing attention to the script’s missing element of community and family. A recognizable pattern in the film industry that has been revealed over time is that as production value increases, the writing and overall story lacks in comparison. By trying to fit in too much information into too little time, the movie is left with a hollow plot.

The live adaptation of Mulan gave Disney the perfect opportunity to showcase Chinese culture, but whether it was properly executed, or ultimately just fell short of cultural appreciation is up for debate. If you are still stuck on deciding whether Mulan was worth the wait, I would recommend going back to the 1998 animation. Over time I have learned that Disney cannot compete with its classics. The original did not attempt to be anything but an on-brand Disney children’s film, a heart-warming tale of bravery and identity with universal appeal and a strong feminist message. This new adaptation was clearly produced to reap profits from the Chinese box office. Disney should be commended for taking steps towards a progressive future with its fully Asian cast, despite the concealed darknesses rooted within the industry. For a movie about finding one’s identity, “Mulan,” failed to create a unique one of its own.