Pronouns in your Zoom name are an act of solidarity 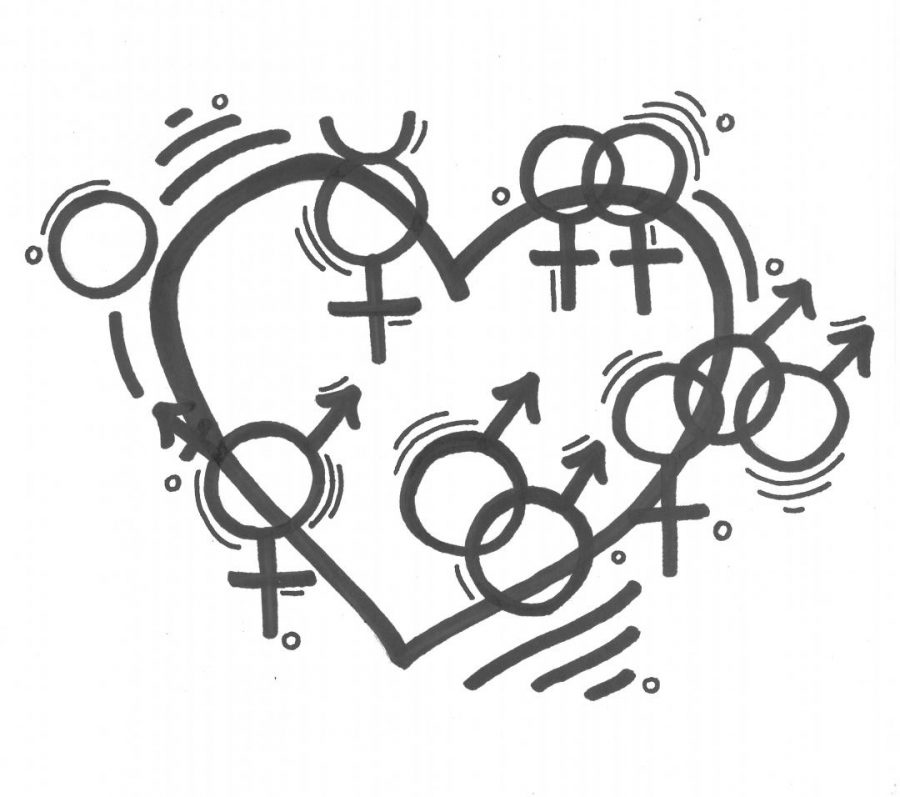 Under the status quo, which provides many privileges to people who are cis-gender, it is pivotal that students include their pronouns in their Zoom (or any other school platform) names to ensure a comfortable, safe environment for students who are not cis-gender. This extremely easy form of allyship can make an enormous difference to students who identify with pronouns that don’t align with the sex they were assigned at birth. Instead of being singled out in class, especially in a digital setting where it may not be as easy to privately talk to teachers about pronouns, transgender and non-binary students are completely included. As it becomes the norm to put one’s pronouns in one’s Zoom name, students work towards a more safe, comfortable environment for transgender and non-binary students.

To fully understand the depth of meaning this simple action holds, one must first understand the privileges that cis-gendered people currently hold. The term “cis-gender” refers to someone who identifies with the pronouns that align with the sex they were assigned at birth, whereas people who are not cis-gender fall under the umbrellas of “transgender” or “non-binary.” Cis-gender people do not have to fear violence, ridicule, or even arrest while simply going to the bathroom. One’s validity as a man/woman/human is not based on how much surgery they’ve had or how well their appearance “passes” as a certain gender. Cis-gender people are not required to undergo an extensive psychological evaluation in order to receive basic medical care. These privileges, along with many others, illustrate how important it is that the cis-gendered community do better to make transgender and non-binary people feel safer in a society that is already working against them.

A common misconception people often have of people who are not cis-gender is that they must look a certain way to fit the pronouns they use. However, transgender people do not owe cis-gender people conformity to the gender binaries society has created. People who use they/them, she/her, he/him—any pronouns in the book—do not owe people certain fashion, mannerisms, or behaviors that satisfy the stereotypes of certain genders. Because of this, it is time for members of society to do better. It is time that people, from a young age, begin to normalize asking for pronouns instead of assuming a person’s gender-based upon one’s preconceived notions of what that gender must look like.

To begin this transition to a more inclusive, respectful version of society, people must begin to make small changes towards inclusivity. One of the easiest and most effective of these transitions is adding one’s pronouns to one’s Zoom name. This is critical in making students who may not be as comfortable sharing their pronouns outright with their class—in turn singling them out when they may not have wanted the spotlight on them for not being cis-gender—feel safe sharing their pronouns as it becomes the norm, rather than something only meant for people who are transgender/gender non-conforming. This action both improves the mental health and safety of transgender or non-binary students, like CHS junior Ty Waggener, who identifies as gender non-conforming.

“It is important for everyone to put their pronouns in their Zoom name because it creates a safer space for trans and gender non-conforming students, and it also helps them pass, instead of being outed by the presence of their pronouns,” CHS junior Ty Waggener said. “When teachers use my correct pronouns it makes me feel safe in a way, almost comforted. I feel seen.”

This simple action is so easy, yet has such a big impact on students who are transgender or non-binary. So the question, to some, still remains: why not make this simple measure if it makes our peers feel safer, visible, and included? There are no excuses, no reasons why this is “too difficult” or “unimportant” for cis-gendered people. It is time the cis-gendered community used its privilege to stand in allyship with gender-queer communities, and this is the first crucial step.