Activism in athletics ought to be respected 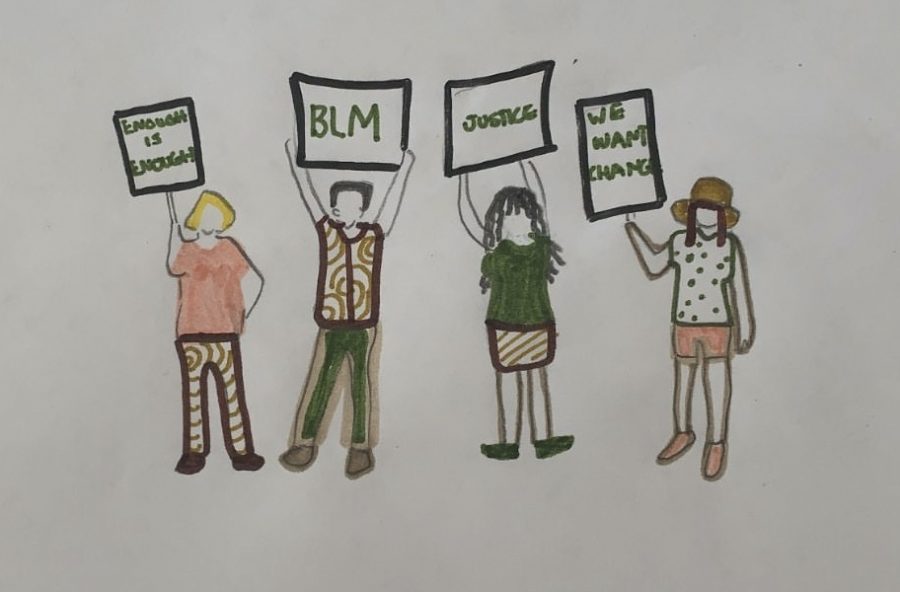 On September 1, 2016, Colin Kaepernick, the starting quarterback for the San Francisco 49ers, knelt during the national anthem to protest racial and social injustice as well as police brutality. Many applauded what he was trying to do, but most condemned him. Less than a year later, he was no longer part of the NFL and has not played since. While politics getting involved in sports is not a new development, it has recently taken center stage in the form of the Black Lives Matter protests, which have consisted of players putting slogans on their jerseys and speaking out on the subject. While many people do not want politics and sports to mix, it is vitally important that they blend because these players have a broad platform from which to spread a message. They have been silenced for far too long, and to this very day, sports organizations continue to impose censorship on their players.

One objection raised by some to letting athletes voice their political opinions is that it is only performative activism which does not acknowledge injustices perpetrated by sports leagues themselves. For example, wearing jerseys with slogans makes the athletes look socially engaged, but if the jerseys are made in sweatshops, they actually contribute to social injustice. Although there are poor working conditions in factories producing jerseys, the benefits of activism in sports don’t outweigh the benefits that could from allowing players to speak their minds. Additionally, outlawing athletic activism now rules out the possibility of protesting sweatshop conditions in the future. This is a real possibility seeing the wide audiences that these athletes have access too.

According to Gallup in 2015, 59% of people living in America would consider themselves sports fans. Huge amounts of people attend professional sports games and even more tune in to watch on television. This gives these players a unique platform to make an impression on people on a scale rivaled only by politicians. While politicians are always pushing their agenda on people, professional athletes can inspire, entertain, and experience world events just like the people who watch them. These athletes have such a large influence on people’s homes and lives that if they speak out, people will listen. For example, within days of Kaepernick’s protest, there were already massive headlines explaining what he was trying to do, and a national debate broke out about whether he was justified in taking the stance that he took. Regardless of what one’s convictions were, he brought huge awareness to a very important issue. What is the point of having a megaphone if you are not going to use it? Players and organizations need to be able to openly discuss important issues facing them and America so that their fans will follow suit. Talking about something openly and without rancor is the first step to changing it. 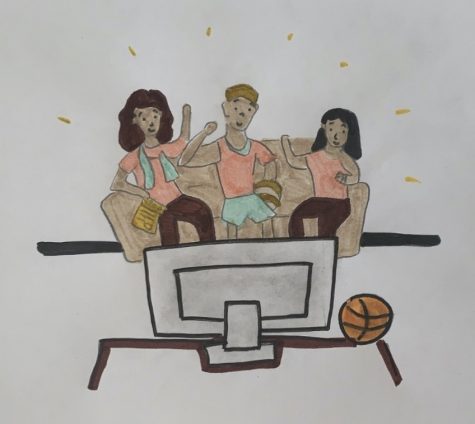 The other hot-button issue facing politics in sports is that for much of organized sports’ existence, talking about politics has been taboo. In 2004, Toronto first baseman Carlos Delgado refused to stand for “God Bless America” because he did not feel that it actually represented his country. He was traded to the New York Mets one year later, where he began to stand for the song. Kaepernick began to kneel during the national anthem and a year afterwards, he was dropped from his team, and no other team in the NFL has picked him up since. The stifling of athletes’ voices is so pervasive that it even permeates the global stage. Olympic athletes have been shut down for making any kind of political stance, and some such as Gwen Berry have even been put on probation for kneeling while on the podium. There is a very clear trend with these stories. First, the players speak out or do something that upsets the usual social and political norms, and then they are punished for it. The argument behind the punishment of athletes who speak their mind on the playing field is that people want to be entertained and professional athletes should exist solely for the purpose of their entertainment. The issue with that is that athletes are just as human as their fans. If someone sees or hears something they disagree with, they will speak out and try to stop it. Why should professional athletes be any different? They did not sign away their rights when they were drafted. They should not be expected to act as if they are inhuman. In fact, dehumanizing them by prohibiting them from speaking out is really what is inhuman.

In the wake of the more recent Black Lives Matter protests, American sports leagues have tried to take some steps to let players express their beliefs. The NBA allows players to put a pre-approved phrase on their jersey; the NFL allows the same thing but on the bottom of players’ helmets; and in the least progressive allowance for on-the-field activism, the MLB allowed players to wear a BLM patch on their uniform for opening day. While these paltry allowances are a good step in the right direction, they are a far cry from actually letting players speak. This is because of the word pre-approved. The statements that players are allowed to put on their jerseys or helmets have already been deemed safe enough to allow players use them. By doing this, big organizations and companies are dictating the conversation on social justice and there will not be as much change that could be happening if players were simply allowed to speak their minds. If players are not allowed to speak out, they cannot protest things like jerseys being made cheaply in other countries by people who are not paid decent wages. However, if they are allowed to speak out, they might be able to bring about real change.

Players need to be allowed to say and express what they think. If they were allowed to do so, they might change the hearts and minds of millions of people. Sadly, massive sports organizations and people who disagree with them are too scared to allow fully uncensored content, and as a result, politics may never have the place in sports that it fully deserves.