Letter to the Editor: Construction Area 51 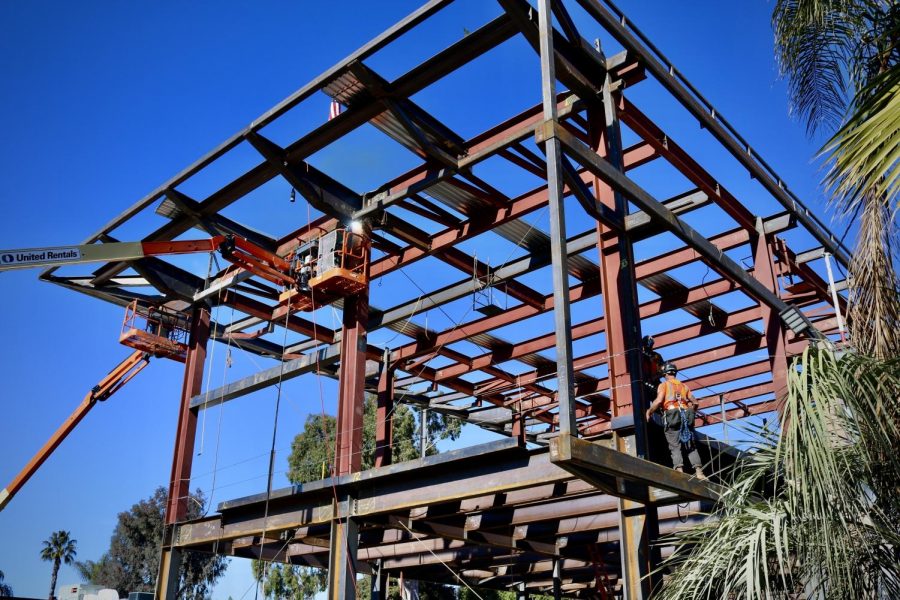 The current state of CHS’ future student center; a project that is set to be completed around July 2020, depending on weather complications.

We all know that there is currently construction on the CHS campus, but what exactly are the workers doing? There have been rumors of a so-called “student center,” but some students have their doubts. As one student said, “I have my doubts.”

A new mindset is taking hold of students, leading them to the conclusion that this so-called “construction” might be hiding something. But what?

“I personally think it’s aliens,” said a disgruntled student. The group of students around agreed with him, adding that they had some other theories as well. When I inquired about these “other theories,” I was given a blank stare, and offered a vape. I politely declined, and went to find some other, less high, sources. After several interviews, the common consensus seemed to be that the “construction” is actually hiding aliens moved from Area 51.

“After the Area 51 raid was planned, the government needed a safe house to store the aliens”, said one freshman, “Claremont High School was the obvious choice”.

The infamous “Storm Area 51” post began on June 27, 2019, but the CHS construction started long before that. When I questioned the student about this, he gave a surprisingly reasonable answer informing me that the government took control of the “construction” project, and began creating a military base on campus. Students here during summer practices said they did notice some worker turnover, but dismissed it. One student said, “I had made friends with this guy, Rick, a real weird dude, and every day before practice we would talk for a bit. Then, one day he just wasn’t there.”

Now, we know the truth: that the government took jobs from hardworking employees all the while transforming our student center into a military base. This goes much deeper than I thought. I reached out to the CIA for comment. And the FBI. And the New England Patriots. But none of these highly esteemed organizations answered any of my questions, proving that the student body was right.

Now the question is, what is happening during this pandemic? The answer, as some say, is not black and white as it all seems. It is gray. Meaning that I have no idea. One source relayed to me that, “Carol Baskins covered ‘em in fish oil” which seemed reasonable enough. Another source said, “Wait, you’re seriously writing this? You could have watched Outer banks, like, five times bro.” Yes. I could have. I am dumb. But that is beside the point.

This is a satirical work of art. Have a great COVID break y’all.