Letter to the Editor: A closer look at Biden’s policies and record; a response to “With Joe Biden projected to win presidential nomination, here is what his presidency would look like” 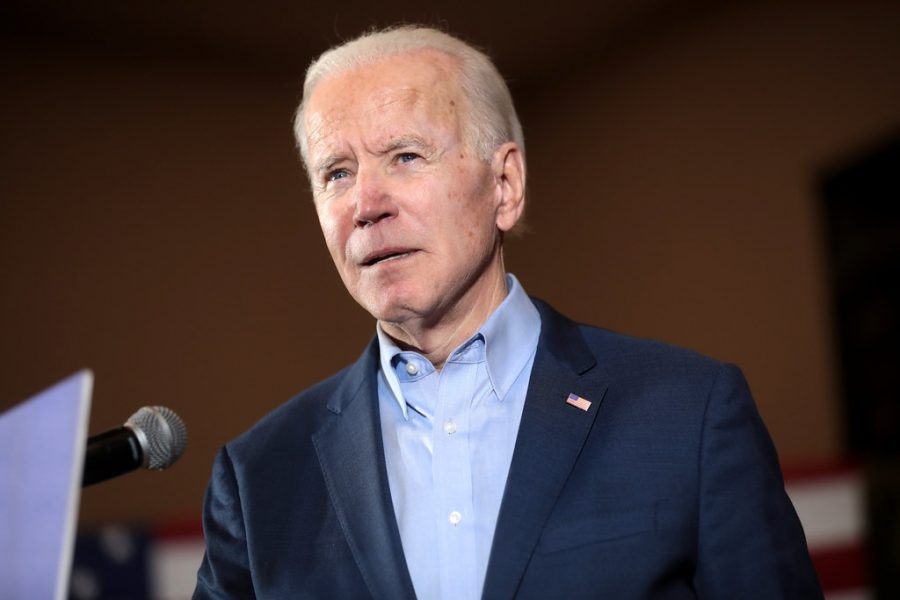 Joe Biden is set to become the democratic party’s nominee for President of the United States, and if he wins the election Biden will become one of the most powerful men in the world. Any person vying for this position deserves a great deal of scrutiny, and as such, we need to do more than just listen to what a candidate is saying they are going to do. It would be incredibly misguided to base a projection for Biden’s potential term solely off of what he has claimed he will do. We also need to look at what he has done: we need to look at his record. While Biden’s proposed policies may seem progressive at first glance, his past policies, the ones he actually voted upon and supported, tell a much different story. His record tells a story of centrist establishment voting that in many ways, completely contradicts some of the ideas he has proposed on the campaign trail.

Concerning healthcare, Biden is opposed to calls from other, more progressive, politicians to reform the healthcare system and implement a new, single-payer system. Instead, Biden wants to build on the healthcare system we already have in place, a move that insurance companies are very happy about, with one JP Morgan analyst saying, “How could the news get better [for insurance investors]? Biden wins the Democratic nomination without changing his current views against single-payer.” This corporate support is not particularly surprising, as Biden has had friendly relations with big business for a long time. In fact, on the day his campaign was announced, Biden held his first fundraiser at the mansion of a Comcast executive. While previous candidates, like Bernie Sanders, made their aversion to corporate connections clear, Biden seemingly has no problem embracing corporate support of his campaign. His close relationship with banks and support of a 2005 bankruptcy bill was the motivation for former candidate Elizabeth Warren’s entrance into politics in the first place. According to Warren, “I got into that fight because [families] just didn’t have anyone and Joe Biden was on the side of the credit card companies.” Biden’s corporate links put him at odds with many of the other candidates who primaried him earlier this year.

When it comes to criminal justice, Biden’s record is anything but far-left, his support of crime bills paint a picture completely in contrast to the ideas of “Equality, equity, [and] justice” that he totes on his campaign website’s section on the topic of justice. In 1994, in an effort to appear tough on crime, Biden authored a crime bill that led to more prison sentences, prison cells, and aggressive policing. His bill contributed to an already growing trend of mass incarceration, which ironically enough, means that if “We can and must reduce the number of people incarcerated in this country”, as his website espouses, then Biden must fight against his own crime bill. His 1994 crime bill was not the only legislation Biden passed to appear tough on crime. Earlier in his career, Biden authored the Comprehensive Control Act of 1984 which made the use of civil asset forfeiture, the process by which law enforcement can seize one’s property even if one is not guilty of a crime, thereby making the policing even easier.

Criminal justice is not the only facet of Biden’s platform that does not match up with his campaign, his record on civil rights also falls short. In the 1970s Biden buddied up with segregationists to oppose mandatory busing to desegregate schools. This partnership was not an anomaly though, as Biden seemed to have no trouble fraternizing with racist segregationists. He wrote doting letters to Senator James Eastland, who frequently spoke of blacks as “an inferior race,” saying in a letter asking for support on his anti-busing bill, “I want to personally ask your continued support and alert you to our intentions.” Biden was outspoken about his relationship with segregationist Strom Thurmond, going so far as to call him a “closest friend” and that “I get along with Strom Thurmond because I respect him…. Because Strom Thurmond believes deeply in what he does.” It should be noted that what Thurmond “does” is staunchly oppose civil rights for minorities. This tarnished record does not only exist decades in the past; in 2007 Biden claimed that Iowa schools perform better than DC schools because there are fewer black students. That same year he described his future boss Barack Obama as “the first mainstream African-American who is articulate, and bright, and clean, and a nice-looking guy.”

His record with women’s rights is similarly tarnished, in 1991 Joe Biden oversaw the hearing of Anita Hill’s sexual assault allegation on a nominated supreme court justice. In her biography Hill later spoke about Biden saying, “The senators’ tendency toward ad hoc rulemaking weighed in heavily against fairness.” Prior to his role in Hill’s hearing, Biden voted in favor of an amendment that would allow states to overturn Roe v. Wade. Earlier in his career he even went so far as to say women should not have the “sole right to say what should happen to her body.” This record of disregard towards women’s rights recontextualizes the many, many painfully awkward videos of Biden smelling and touching women and young girls inappropriately, as well as his own recent sexual assault allegations.

These are just a few of the contradictions between the way Biden presents his platform and the way he has actually acted as a politician. Some might argue that every politician has made mistakes in their career and that if we cherry pick bad decisions there will never be a politician fit to lead: but these are not just a few examples, they point to a larger trend for Biden as a politician. We need to be more aware of politicians’ pasts to help us make more informed voting choices in the future. This awareness will allow us to hold our representatives accountable for the impact their decisions have today.