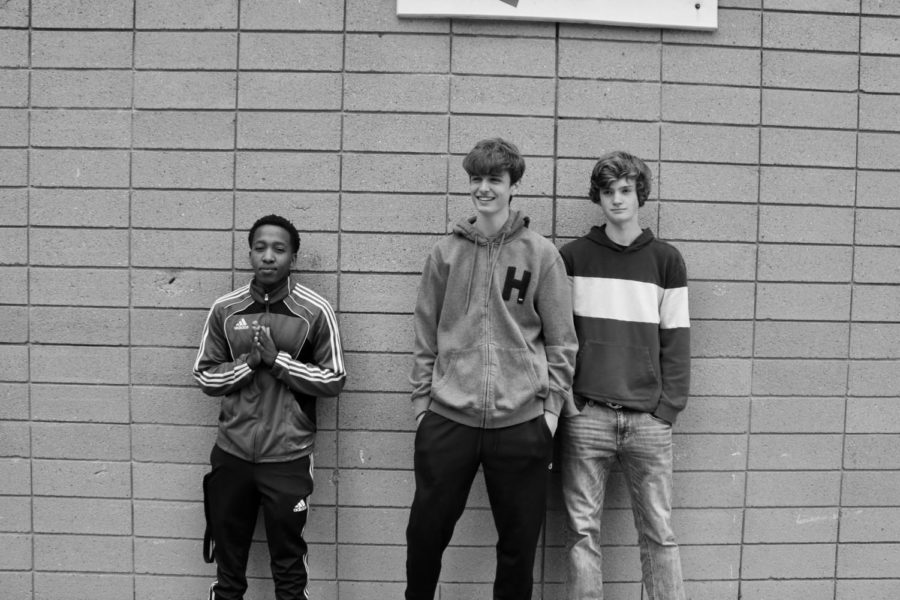 For the past year, senior Jeremy Kimani, widely referred to by his stage name, JREMY, has become a Soundcloud phenomenon, local celebrity, and arguably one of the most influential students on campus. Since the release of his song “Confident,” a smash-hit at CHS, in November of last year, he has performed at school events, released music videos, made an album, an EP, and more, with no end to his career in sight.

Although his undeniable success has evidently brought naysayers, major backlash against Kimani had never truly taken shape until Sept. 22, 2019, when juniors Colin “Sir” O’Neill and Nicholas Quadrini posted a video to their YouTube channel, under the blatant title, “Jeremy Diss-Track.” The video’s description simply reads, “An absolute destruction on Jeremy,” and there is no doubt that it lives up to that statement.

“When I first found out about it, it was a long time ago,” Kimani said. “Nico was commenting under my posts, and he was telling me, ‘Imma make a diss-track.’ I didn’t think it was going to be serious, because Nico is funny; he’s a character.”

In the music video, O’Neill and Quadrini, along with their friend Will Ouellette, sporting fur coats and sweatsuits, criticize Kimani in auto-tuned voices. The two attempt to combat Kimani on multiple regards, one of which being Kimani’s stage name, JREMY.

“Jeremy: That’s his name,” Quadrini said in an interview with the Wolfpacket. “It’s not JREMY. He acts like it though but it’s not; which I have made very clear.”

As the song progresses, Quadrini and O’Neill proceed to comment further on Kimani’s first name, joking about it being identical to that of a character from Disney Channel’s “Phineas and Ferb,” Jeremy. The duo even go so far as to show a Google Slides presentation comparing Kimani’s appearance to that of “Jeremy.”

“Somebody had sent [the video] to me, and then I watched it, and then like 20 seconds in I was laughing because of the autotune and everything,” Kimani said. “And the ‘Phineas and Ferb’ thing, that’s what really made me laugh.”

Currently, “Jeremy Diss-Track” has received well over 940 views on YouTube, just shy of overtaking O’Neill and Quadrini’s other smash hit, “Jacob Wilson diss track/Chemistry project” which currently sits at nearly one thousand views. Needless to say, the song has sparked much interest among fans of both Kimani and the iconic duo of O’Neill and Quadrini. Many may question the current state of Kimani, O’Neill, and Quadrini’s relationship, which surprisingly, is more respectful than one would expect.

“Honestly, I just did it because [Nico] paid me $20,” O’Neill said. “I hopped on the feature, and I don’t really have anything against JREMY himself, but, I just like to play jokes sometimes. Just little joking disses. It’s nothing personal.”

In fact, Quadrini has hinted on a potential part two to the “Jeremy Diss-Track,” featuring Kimani himself. Quadrini’s plan is to make the second part even better than the first, with Kimani dissing himself in a verse alongside the rap duo.

“I feel like we should have put out a better product [with part one]. It was very rushed. And I actually apologize for that,” Quadrini said. “We actually did it in just a few hours…. But when JREMY 2 comes out, the second diss -track, it will feature JREMY…. But we’ll see.”

Though this feud may seem real at a glance, the reality of the situation is nothing but a joke. O’Neill and Quadrini hope to continue their respective rapping careers well into the future. The duo would like to specifically thank their past chemistry teacher, Ms. Tran, for jumpstarting their music careers. Kimani responded to the situation rather positively, even going so far as to say the diss-track was inspirational to him. During a meeting with the Wolfpacket, Kimani, O’Neill, and Quadrini shook hands, reassuring that there were no hard feelings on either side. However, Kimani and O’Neill still had final statements to make, albeit as a joke.

“If I had to say anything to Nico, I’d say, better luck next time,” Kimani said. “But like, just hit me up for that feature, we’ll get in contact soon. And we can just make another one; a part 2.”

“Jeremy. What a vile being,” O’Neill said. “What I would say to Jeremy is watch out, ‘cause part two is coming. It’s not over…. But please don’t diss us back too hard, JREMY, and, thank you, to all the listeners.”