“Reverse Racism” Is Not Real and Minimizes Actual Racism 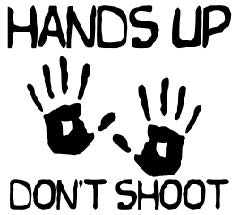 Many racial groups today face racism, and contrary to popular belief, Caucasians are not one of them. “Reverse racism,” as people who believe in it call it, is intolerance towards a majority or a racial group that was formerly thought of as superior; in the U.S., this would be Caucasians. Not very long ago, for example, Caucasians and African-Americans were segregated and black people were not allowed to go to specific diners or to drink from certain water fountains, along with other discriminatory regulations. Today, Caucasians are still treated better than any other race in various aspects. There are many racial inequalities that affect people of color, including police brutality, wage differences, unfair opportunities based on appearance, and many others. “Reverse racism,” or systematic oppression of white people, simply is not real.

Some people have the absurd opinion that Caucasians are more beautiful than people of color. The majority of these people are major fashion magazines who offer more opportunities to Caucasians simply because they believe they are more physically appealing. According to Fushion, a news website with a focus on pop culture, only 14% of major magazines, such as Vogue, Elle, and other popular women’s magazines, featured a woman of color on the front cover in 2014. It is usually a celebratory occasion when a woman of color makes it onto the cover of a major magazine, but it should be as normal as when any Caucasian woman makes the cover. This is a prime example of how Caucasians are treated better in the eyes of the media for having lighter skin.

In addition to unfair beauty standards, people of color also face economic inequality. According to “Business Insider,” there is a $28,000 wage gap, as of 2011, between Caucasians and African-Americans. Caucasians having the higher salary rate shows how they are privileged rather than oppressed or suffering from inequality. In addition, African-Americans have been the most unemployed racial group in the U.S. over the last half century. This is an example of a real hardship rooted in racism, and the statistics for Caucasian advantage is an example of white privilege.

Another big problem in the U.S. is police brutality toward African-Americans. Caucasians have the lowest rate of unarmed people killed by police in the U.S. according to Mapping Police Violence, a website dedicated to tracking police brutality. African-Americans have the highest rate, with police killing 101 unarmed people in 2015 alone. A lot of the time, the African-American who was killed or injured by police is not guilty of anything. Caucasians do not face this problem, showing that they are treated better
and would not understand what it means to be systematically oppressed. While Caucasians may argue that they experience racism when they get offended by jokes people say about them, they do not face the same systematic oppression that people of color experience.

Racism does not exist when it comes to Caucasians because they are privileged. Reverse racism is a non-existent idea created to defend the privileged because some believe they are being oppressed. In reality, that is false and there is actual oppression currently going on in the world, as demonstrated by examples pulled from beauty standards, economical disadvantages, and police brutality. There are far more serious problems than this fictional, insubstantial topic, such as dealing with real racism that affect people of color everyday.