It’s a Wonderful World for the CHS Jazz Scene 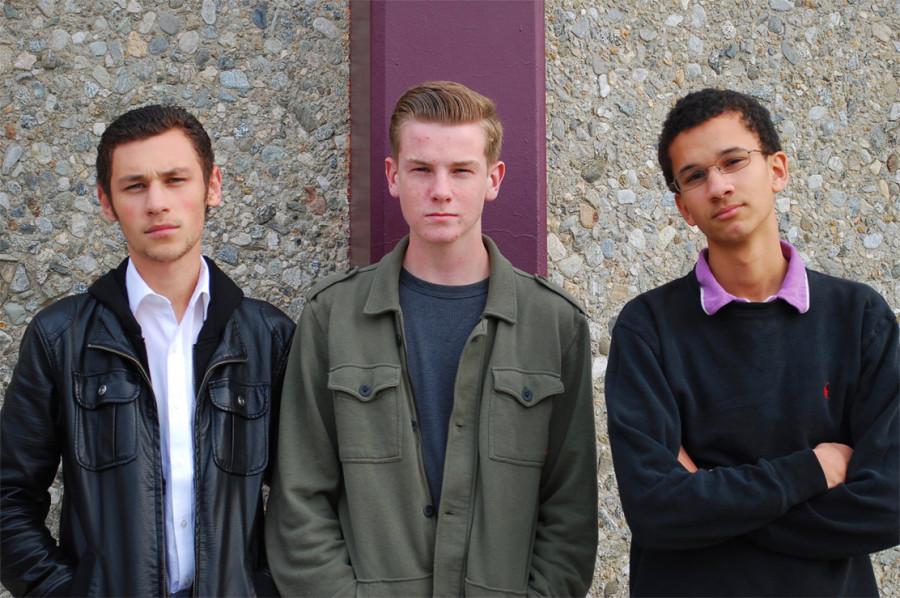 Born in America, jazz is one of the country’s most indigenous art forms. The genre is often viewed as a reflection of creativity and individualism and was once the world’s most popular genre, selling millions of records annually. At CHS, there is a small-jazz ensemble created by students that have a passion for this genre. Despite jazz’s once-unmatched popularity in America, the genre is continuing to fall out of favor with American listeners and has tied with classical music as the least-consumed music in the U.S. after children’s music, according to Nielson’s 2014 Year-End Report. These CHS students are striving to end this decline in popularity by forming their own combo and expressing their love for the music to hopefully bring jazz back to its prime.

The ensemble is composed of two groups, one big band and one jazz combo. A big band is typically comprised of 12 to 25 musicians, divided into sections of brass, rhythm, and woodwinds. A jazz combo consists of four to seven musicians that play the bass, drumset, and piano, with the rest of the instruments being an assortment of horns. The local jazz combo was created at the start of the 2015-2016 school year by CHS students in the Jazz Band fine arts elective on campus. It features sophomore Taylor McNamara on drums, senior Andres Beltran on piano, sophomore Christian Silides on trombone, sophomore Thomas Aguirre on tenor saxophone, and sophomore Kamran Curlin on electric and upright bass. These students decided to form the combo since they all love to play and listen to music and share the desire to spread their enthusiasm for jazz. Occassionaly, local residents
have hired them to perform jazz pieces at their events. The band has also performed numerous times in the Claremont Village.

All of the musicians share a passion for jazz and wish to share their interest with others by performing all around Claremont. The combo has played for parties and special occasions for Claremont residents and has also busked in the Village in front of the City of Commerce and 21 Choices for free and will continue to perform in those locations and more throughout the holiday season. Although the musicians appreciate being paid for their musical talents, their biggest motive for creating this group was to have fun and to practice their musical skills in front of an audience while sharing their love for jazz and music as a whole.

A few pieces that the group has performed is “It Don’t Mean a Thing if You Don’t Got That Swing,” “Take the A-Train,” and “Blue Bossa.” The band is inspired by Mingus Ellington and John Coltrane who were both famous jazz musicians during the mid 1900s.

Senior Andres Beltran is planning to major in music and has been playing the piano for almost ten years. He joined the combo as soon as he heard that it was created by Kamran Curlin and Rick Melanson, the conductor of the CHS jazz band. Since joining the group, he has enjoyed playing the piano with his friends in the close-knit group.

“I can express my love for jazz with higher levels of freedom and creativity when I play in the combo,” Beltran said.

The percussionist for the jazz combo is Taylor McNamara. He has been playing the drum set for 13 years and created the band with Kamran Curlin in the summer of 2015. With the help of Melanson, McNamara and the group have made this self-motivated dream to start a smaller combo become reality.

“I like being in a smaller, student-created band since we can play the music we want to play,” McNamara said. “It’s easier to sound better in a smaller group since it’s more controllable and easier to play in. I really believe in the saying, ‘Less is more’ and think that it perfectly describes our jazz combo.”

The jazz combo was only formed at the beginning of the school year, but the studentslook forward to continuing to perform together for years to come and hopefully spread appreciation for jazz music all around Claremont. The group’s next performance will be at the village on Jan. 2, so be sure to support the CHS musicians and their extraordinary musical talents they will demonstrate during their live entertainment gig.